The Abolish Movement was founded in 2014 by the Junior League of Tampa (JLT)  to unite Tampa organizations and agencies in drawing attention to the problem of child sex slavery in the Tampa Bay area. In 2017, The Association of Junior Leagues International (AJLI) adopted ABOLISH as an association-wide initiative to scale the movement and unite communities across the United States and beyond in an effort to generate greater awareness of the intractable, systemic issue of child sex slavery. 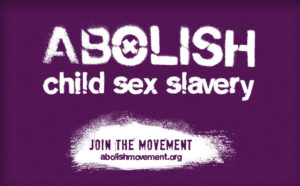 JLNO is committed to raising awareness, providing support, and putting an end to this heinous crime. To learn more about the issue and how you can help, visit the ABOLISH homepage and join us at our awareness events next month.